Why Earth Day Is A Joke

A nice day where we celebrate our home base, giving credit to this incredible life form that allows us to live, breathe and flourish. We buy shirts with slogans like “Protect Your Mother” and brands offer discounts and run campaigns for limited edition Earth Day products celebrating nature, animals, and Earth of course.

It’s a nice gesture to the home that has given us everything, without question. But this day is a joke. It’s too much of a nice, “cute” kind of thing. It’s a celebration of our minuscule efforts in the grand scheme to take care of it. It’s entitled, like an individual that pats themselves on the back for thinking of doing a good deed, without even carrying out the action itself. The fact that we have a singular day celebrating the entity that sustains our life is a testament to this entitlement. (You could definitely say the same about Mother’s Day!)

We act as if we are destroying the Earth, a classic human-centered view of the world where we think we are the almighty powerful. The human ego really is unprecedented in terms of its pompousness. Earth will survive and adapt. It will embrace a new wave of evolutionary experimentation. We on the other hand, may not make it if we refuse to radically transform our civilization.

In the period between now and then, if we don’t face the music and make profound changes to our institutions and way of thinking, the world will be characterized by turbulence, instability, conflict and turmoil the likes of which we have never seen. There will be hundreds of millions, if not billions, of climate refugees over the next century. The warming of our climate will continue to wreak havoc and accelerate in its speed in a vicious cycle. The release of nitrous oxide previously trapped for millions of years in the permafrost of the Arctic is a potent example.

At Jukko, we support purpose-driven brands not because they are going to be the saviors for humanity on this planet. After all, on Earth Day, most are still selling more goods that we people don’t need by any stretch of the imagination. You could argue they are co-opting the need for us as a species to transform our way of living to protect what Earth has provided for us, in order to sell more stuff, the act of which is in direct contradiction to the purported message. This is unquestionably true.

We support these brands, not so much because of the immediate outcomes of their actions, though this is without question important. More than anything, in our modern civilization characterized by consumption, they are important sparks for transforming consciousness, for opening up the space in our culture where the radical change we will need to create a sustainable future for ourselves may be possible.

They are the sparks that are and will continue to inspire others to go further in thinking creatively on how we transform the incentives and conditions of our society. Because ultimately, these small sparks that will convert into a complete overhaul of our interaction with the Earth will be what saves humanity.

So on Earth Day, let’s not celebrate too much. Rather, we should think more like Greta Thunberg, the 16-year-old climate activist from Sweden who has in many ways become the face of saving humanity for future generations.

Our role at Jukko is to elevate the companies that are transforming the way we think through advertising. It’s the first step in a certainly long and difficult road towards stability and homeostasis, but as it always is, the first step is the hardest. 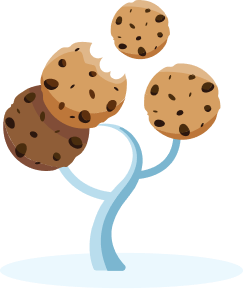